Khafilat Kareem, also known as Khafi, is facing a misconduct hearing after attending the Big Brother Naija reality program in 2019 without first obtaining permission from the Met police.

Khafi, who was a police officer in the United Kingdom at the time she went on the reality show, said during a misconduct hearing that she did so to “promote the Met Police abroad.”

PC Khafilat Kareem called one of the Met’s most senior officers hours before coming on the show, the misconduct tribunal heard, pleading with him to overturn an order prohibiting her from doing so.

After 77 days on the show, she was finally evicted.

The Met said she went on the programme “without authority”.

At the hearing at the Empress Building in west London on Monday, April 25, PC Kareem, who is now married to Gedoni whom she met on the show, admitted she took and surrendered her laptop to the BBNaija organisers.

But she denied allegations of breaching standards in respect of “orders and instructions” and “discreditable conduct”.

PC Kareem also refuted claims that she failed to declare a business interest in the TV show’s publicity and promotion.

The panel was told that Khafi took unpaid leave in 2019 to appear on the show because she saw it as a “opportunity to promote the Met on a worldwide level.”

Line managers, on the other hand, believed it was neither in the officer’s or the force’s best interests. 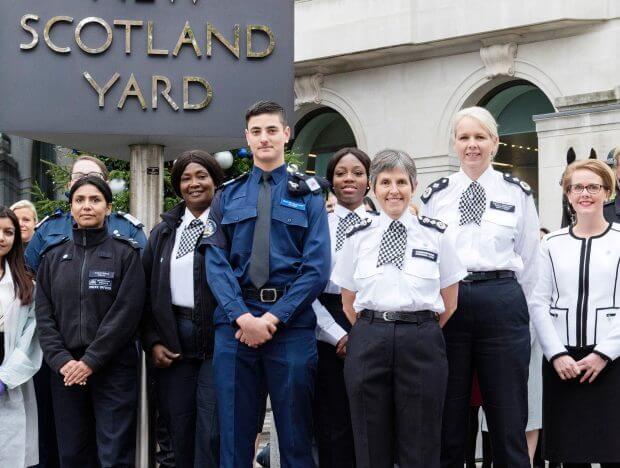 The Met Police’s Anne Studd QC told the tribunal: “Concerns were raised after viewing the show’s episodes in the United Kingdom.

“However, PC Kareem stated that Naija was not the same as the UK version. She saw it as an opportunity to promote the Met on a global scale.

“After reviewing the website and the material presented, Ch Supt Jason Gwillim came to the conclusion that it was not in the best interests of the Met or the officer, and that it would put her in a vulnerable position.

“He explained the reasoning and made it clear that she would not be participating in the show.

“PC Kareem, according to Gwillim, was disappointed but understood. She went on unpaid leave for a while.”

Despite the fact that she was granted leave, she was warned not to participate in any further auditions, interviews, or shows, according to the hearing.

PC Kareem texted Deputy Assistant Commissioner Matt Twist on June 30th and later called him to inform him that she had traveled to Lagos for the show.

Mr Twist told the west London tribunal that he had “never been presented with these circumstances before” and that a PC contacting someone of his position on a weekend was “very rare.”

He added that he was aware of past rulings to deny PC Kareem’s request to appear on the TV show, but that he couldn’t review any decision on a Sunday.

Mr Twist said:”I got the idea she was calling hoping I’d alter my mind.”

“I found out she was in Nigeria.” I had a strong feeling she was going to do it, but she didn’t say anything about it.”

Mr Twist’s main concerns were PC Kareem’s mental health, the Met’s public image, and her behavior inside the house, according to him.

He said: “I was concerned about her mental health, but there is nothing we can do in the Big Brother house to help or intervene.”

“We had no idea what kind of security was in place surrounding the Big Brother house, and anything terrible might have happened there, or she could have been targeted as a serving constable.”

“A number of persons who have come out of the Big Brother house have been reported in the media to have suffered from mental health concerns over the years.”

“Based on the UK version, we wouldn’t want a serving officer to appear on this.”

Due to the “adverse” media attention, PC Khafi Kareem met a psychotherapist after the show, according to the tribunal.

According to the BBC, she was invited to appear on Good Morning Britain, but was advised not to conduct any unofficial media interviews.

The trial is still going on.