A young gay guy who went to Manchester, England, believing the city supported gay rights and was “tolerant,” was nearly killed in a homophobic attack.

Following the incident in the early hours of April 10, Morgan Fevre, 22, had a hemorrhage on the brain as well as a severely broken eye socket and cheekbone.

Before the incident, Morgan was a support worker for persons with learning disabilities and relocated to Manchester from Retford, Nottinghamshire, seeking for work more than a year ago. 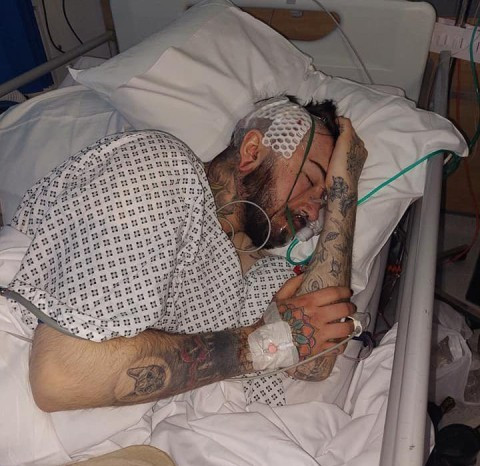 His father, Paul Fevre, reacted to the homophobic crime by saying, “The man said to him, “Why are you wearing a girl’s jacket you f**king f*g?”

‘That is the last thing he recalls.’ It’s very horrifying that individuals will be called these names and have these things happen to them in 2022.’

The attack occurred around 1.35 a.m. in Chinatown and was a ‘homophobically escalated assault,’ according to police.

An eye witness, Paul, 53, from Retford, Nottinghamshire, said Morgan had been out in Manchester city centre with friends

Paul says he believes Morgan’s attacker first asked Morgan for a cigarette before attacking him.

‘Morgan has gone to Manchester thinking it’s amazing – you can go out and be yourself,’ Paul continued.

‘Then this occurs.’ He’s taken a step back as a result of this, but we’re all here to support him. One of the reasons he came to Manchester was because of the city’s openness, without a doubt.’

Morgan, who lives in Didsbury with his partner Elliot Lyte, was carried by ambulance to Manchester Royal Infirmary at around 2.15 a.m.

Elliot, Morgan’s boyfriend, said he was last seen going out of a pub.

‘At 1.30 a.m., he sent his last text message to a friend,’ said Elliot, who believes Morgan was followed by the assailant.

Morgan was transferred to Salford Royal Hospital, where he underwent life-saving surgery.

He also had three broken teeth and a badly cracked nose with four fractures.

Morgan was discharged on Wednesday evening, April 21 after physicians removed more than 40 staples used after his emergency craniotomy.

‘That this can happen, and these words shouted, in a country of development and a city with a place called the Gay Village, is confusing and upsetting,’ Elliot continued.

‘Morgan is doing well, but this will leave physical and psychological scars.’