Millions of Nigerians may be caught between a rock and a hard place, should federal and state authorities shut down the nation in a desperate bid to contain the coronavirus disease (COVID-19).

To adequately rein in the pandemic, health officials urge people to stay indoors. It is a move that has witnessed deserted streets in several parts of the world, as governments enforce curfews. Unlike developed countries, however, the Nigerian society is wired differently. A prolonged stay-at-home, for more than half the population, could mean an invitation to starvation.

“Nigeria is not prepared at all for food security during a lockdown,” warned Prof. Kolawole Adebayo. Should there be a lockdown, food would become the new problem added to COVID-19, he said.

A farm extension specialist at the Federal University of Agriculture, Abeokuta (FUNAAB) and former African Coordinator of the Cassava: Adding Value for Africa (CAVA) projects, Adebayo noted: “Variables are many and have all been neglected for too long. When last did we update our strategic food reserves and what was the basis of acquiring the foods stored? Is there a match between population distribution and strategic location of food reserves? Did we consider the security of the food reserves and the road, rail air and water transport necessary to move food around when locating the food reserves? The state of our infrastructure is terrible. Did we take heed and fix them? No!”

Just one month of lockdown will pose a huge challenge to the population, said Dr Richardson Okechukwu, a cassava breeding and production expert at the International Institute of Tropical Agriculture (IITA). He explained that while salary earners might be able to stock up on food (if they get paid), daily earners would face a raw deal.

Prof. Damian Chikwendu is a former coordinator of the West Africa Agricultural Productivity Programme (WAAPP) Nigeria and Team Lead of Cultivating New Frontier in Agriculture (CNFA). He told The Guardian: “If there is a lockdown, how would farmers get seeds? Breeder seeds and certified seeds come from research institutes and seed companies. Getting all the inputs at the right time would be a problem.”

A former chairman of the Poultry Association of Nigeria in Oyo State, Mr. John Olateru, said the closure of schools was already affecting egg producers because sales had plummeted. He said a lockdown would impact negatively on transportation and distribution of farm produce. He added: “Can Nigeria afford salary bonuses for every salary earner like the United States of America? Can we afford other packages being done by some of the locked down countries?”

This was as Senate President Ahmad Lawan cautioned that unless the Federal Government provided palliatives for poor Nigerians, a total lockdown could stoke problems.

“I’m not seeing anything at the moment targeted at providing some relief. If we lock up Nigeria today, then we will wake up trouble, because the majority of our citizens go to the market everyday before they can get something to eat,” he said, following a meeting between the leadership of the National Assembly and some ministers and heads of government agencies in Abuja on Wednesday.

According to a statement by Special Assistant (Press) to the President of the Senate Ezrel Tabiowo, Lawan said: “So, you lock them up in their houses with a threat of disease and without food…We need to have something, a plan of some sorts, in addition to making sure we don’t lock up the farmers’ market, for example, where people can easily go and buy something, and, of course, pharmacies.

“We need to have some kind of supplies for people. I don’t know how we can achieve this, but we have to be ingenious. This is a time to think deep and wide, to provide for our people, in order for us, at least, to deal with this challenge at the moment.”

Lawan said further: “Our prayer is that we are able to overcome this menace of COVID-19 in good time, because it is really taking a toll on our lives. If we have to eventually shut down our country, then as a government we must be prepared to have some relief for the most ordinary people. As a government, we must find our own money to fund something for our people.”

The Senate President also urged the Nigerian Centre for Disease Control (NCDC) to establish more testing and isolation centres, as soon as the Federal Government releases more funds to it. He added that the Senate Committees on Appropriation, Finance and National Planning will oversight the NCDC on the strict application of the N6.5 billion to be released for the fight against COVID-19.

Similarly, the National Association of Nigerian Traders (NANTS), in a statement by its president, Ken Ukaoha, in Abuja yesterday appealed to the government “to consider further palliatives in the face of prevalent strangulating economic conditions staring at the poor informal traders and others in the SMEs bracket.”

It said: “The combined effects of tripod turbulence presently facing traders must be strongly considered so that the nation’s economy would still find a way to stand on her feet without sinking into another recession.” 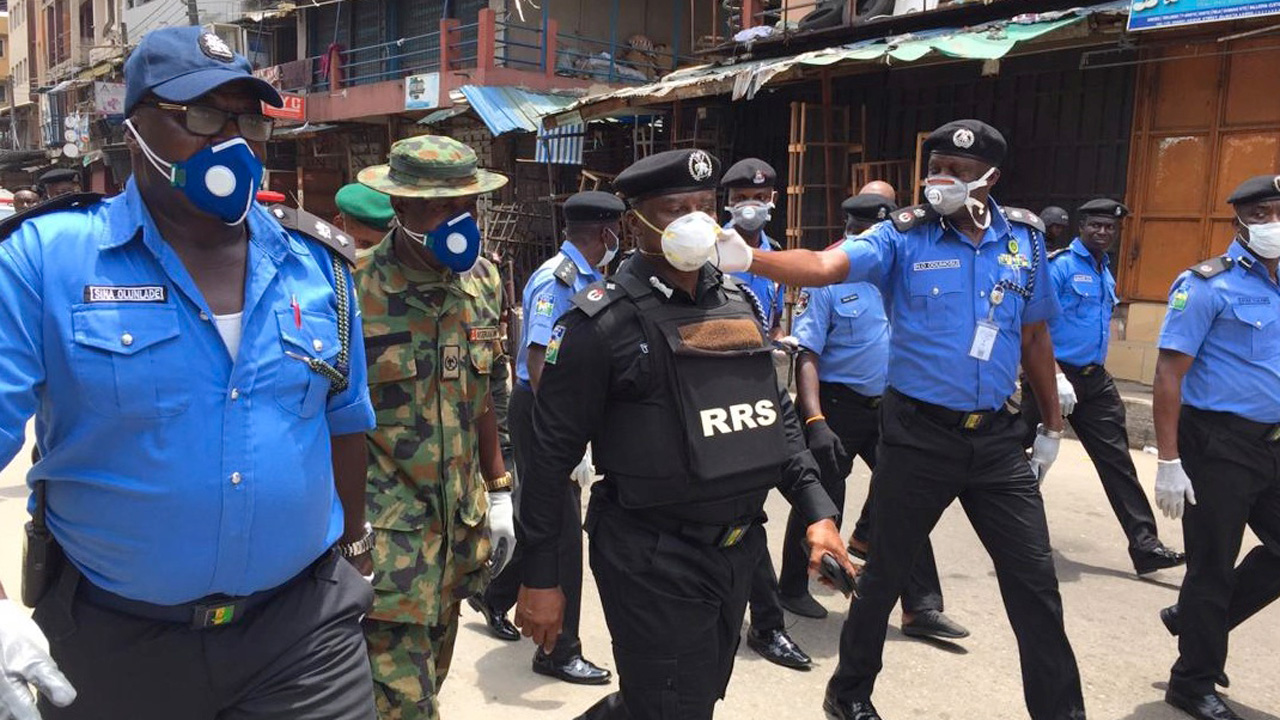 The association called for “waivers for producers and importers of pharmaceutical products and medicaments or medical consumables, tax holidays for SMEs and local manufacturers across board; removal of all bank charges throughout the period of the COVID-19 induced vacation; and direct the allocation of forex to genuine importers of essential products or local manufacturers of food items, through the involvement of credible national associations.”

Also, a development economist, Chiwuike Uba, said it would be difficult to compel Nigerians to stay at home without palliatives. According to him, “there is a need for action beyond the issuance of statements and orders. More so, it is difficult for people to comply with these orders when there are no palliative measures. People are already hungry and battling with bills.”

But the Nigerian Medical Association (NMA) insisted President Muhammadu Buhari must issue an executive order to enforce compliance with the stay-at-home directive for non-essential workers.

NMA President Francis Faduyile made the call at a news conference in Abuja yesterday.

He said: “We are observing with dismay that some state governments are vacillating on the closure of schools and banning social and religious gatherings, basking in the euphoria that there are no confirmed cases of COVID-19 in their states. NMA demands uniformity in implementing the lockdown orders on non-essential services. We therefore call on Buhari to issue an executive order to enforce compliance.”

The Federal Government also said it was considering stopping inter-state and inter-town travels, except for essential services in a bid to stop the spread of COVID-19.

At a media briefing on measures taken by government to tackle the pandemic, Minister of Information and Culture Lai Mohammed said: “We are considering tougher measures to stop the exportation of the disease to states that do not have it and minimise spread. The possible measures include stopping inter-state/inter-town travels, except for essential services and closing all motor parks and inter-state rail stations. Already, all train movements nationwide have been stopped. We are also considering using fire fighting and other adaptable vehicles and personnel to fumigate cities and towns.”

The minister warned: “We have a short window within which to stop this pandemic or face an explosion in terms of the cases. We cannot afford to be complacent.”

He noted: “We have taken very bold measures in stopping international flights into the country. We hail the state governments that have taken equally bold measures in their states, which include the closure of markets and the prohibition of large congregations. However, we are determined to be more aggressive in enforcing the measures aimed at containing the spread of the virus.”

Mohammed, who said Buhari is “well, kicking and in charge,” disclosed that the government is tracing 4,370 people of interest and urged persons who have had contact with suspected cases to report to health officials.

Also, in a statement signed by Buhari’s Senior Special Assistant on Media, Garba Shehu, yesterday, the president praised the efforts of all Nigerians working to contain the pandemic and called for more compliance with regulations and restrictions.

He particularly extolled state governments, religious bodies, health workers, Federal Government agencies, including security outfits, the National Centre for Disease Control (NCDC) and the Manufacturers Association of Nigeria for rising to the occasion to protect the country and its citizens, assuring that the government would remain steadfast in deploying more resources to lessen the burden of the pandemic.

Police to restrict vehicular movement in Borno for LG poll

NIGERIA DEBT IS ON THE HIGH RISE-IMF

Man Kills His Wife Over Misunderstanding In Niger State

Iwobi compared to Maicon, Cuadrado after right-back role against Fulham.